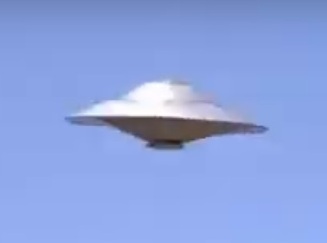 Ukraine, Kyiv city
Market: Mechanical engineering, Another, Robotics, Drones
Stage of the project: Idea or something is already done

Date of last change: 18.08.2021
Startup.uaStartups and Investment ProjectsPrometheus
Show contacts
0
equalizer from 2000
help
Calculated and estimated occupancy of the project (more about ratings)
My rating

Aircraft / spacecraft using cheap clean energy sources. The principle of motion is jet-wave, universal for any environment and is based on the principles of motion of flying and floating living beings, as well as new discoveries in the field of aerohydrodynamics, acoustics, and fundamental physics.

There is a simplified prototype, experimental work was carried out, as a result of which it was found that such an apparatus is possible contrary to the generally accepted scientific theory, and the principle of its operation was partially studied. A new type of motor has been created, which creates sound waves more efficiently than conventional acoustic systems.

At this stage, the prototype, thanks to the engine operation, can slow down the fall,
increase the lift in the oncoming stream and, thanks to the aerodynamic shape, hover for a limited time, soar in the wind.

The flying saucer will significantly reduce the cost of space flights.

It was found that motion by asymmetric wing oscillations makes it possible to effectively use the thermal energy of the medium and is reactive wave, using the medium as a working fluid. At the same time, the wing can be a resonator for creating thrust in space, as well as a solar and air sail. Thanks to this solution, the device will be able to fly into space using only electricity, wind and sun.

Compared to classic aerodynamic aircraft, the flying saucer uses thermal energy from the environment. For example, when an aircraft moves behind it, a turbulence zone is formed that can affect other aircraft and is, in fact, the energy of air molecules. The flying saucer uses this energy, which allows you to achieve greater performance with less energy.
In comparison with devices with flapping wings, the simplification of complex oscillatory movements to asymmetric vibration of one plane significantly simplifies the design, increases the resource and allows realizing high power, which is the main problem of the flies. The purposeful use of the thermal energy of the environment makes possible the whole range of maneuvers of birds and insects, which is not available to the existing flies.
Compared to classic balloons and airships, the flying saucer has greater speed and maneuverability. Wind and air resistance, which are a problem for all balloons, are a source of additional power for the flying saucer.
Compared to space rockets, the operation of a flying saucer is much cheaper, since it does not require special launch sites, does not use fossil fuel as a consumable working fluid of a jet engine. In place of it, air is used, and the only energy consumed is electricity.
Unlike existing orbital spacecraft, a flying saucer will be able, with the help of an electric motor, to adjust its orbit for an unlimited time and increase its speed due to a small atmospheric resistance at high altitude, which for conventional vehicles causes a loss of speed and a fall after they use up their fuel supply. necessary to keep the orbit. In addition, the aerodynamic plane, due to its large area and reflectivity, plays the role of a solar sail, which makes it possible to use the solar wind for movement.
Compared to conventional reusable spacecraft, the flying saucer has greater maneuverability at hypersonic speeds when entering the atmosphere and can make a controlled landing without the use of jet fuel and significant restrictions in the choice of time and place of landing.
Unlike a non-powered glider, a non-powered flying saucer can land vertically like a parachute.

Most likely, the device at this stage will be more suitable for entertainment purposes and will have limited capabilities, but will find a circle of buyers due to its uniqueness and novelty. In the future, the sales market will be significantly expanded. It is possible to create your own space agency and independently operate the device for space tourism and other scientific and commercial purposes.

Money will be spent on


Since the project belongs to a little-studied area of science, additional resources may be needed to conduct research and create a prototype, and the time frame may increase significantly. There is a high probability of losing the device during testing.

Won the competition and other awards